16/03/2017
Some stags insist on Paintball, there’s nothing wrong with splatting the enemy and winning the flag.

Some hens feel in the need of some pampering, and there's absolutely nothing wrong in some quality ‘me time’.

BUT some of you aren’t Mr Norm or Mrs Conventional, so read on for our top 5 ways to whoop the ass of a stereotypical hen night or stag do.

1. What’s good for the Boys is good for the Girls
And vice versa. We’ve found that lots of our stags and hens are flouting the gender specific activities and why not? Why should the stags have all the fun with boys toys such as Quads, Off Roading and Karting? Equally the stags are moving into hen territory and we’re cheering them on: Nude Life Drawing, Cocktail Making and the Escape Rooms.

2. Alcohol Free
A shocker, but it does happen. Say hello to the ‘Sedate Stag Dos’. We’ve customers who are looking for a challenge that doesn’t involve a beer induced visit to A&E. Those stags are saying yes to Escape Rooms, Treasure Hunts and Sightseeing Tours. The Guardian newspaper agreed with this thinking and asked Freedom for our thoughts.

3. Girls organise the Stag Do
Yes really, we’re not having you on, we’ve heard of girls taking on the mighty job of organising an epic stag do. Well they can multi task. We’re in no way being critical here, but in our opinion most of the ladies are better at organising, ooh there, we’ve said it. It may well be that they are control freaks, or just enjoy the task in hand. 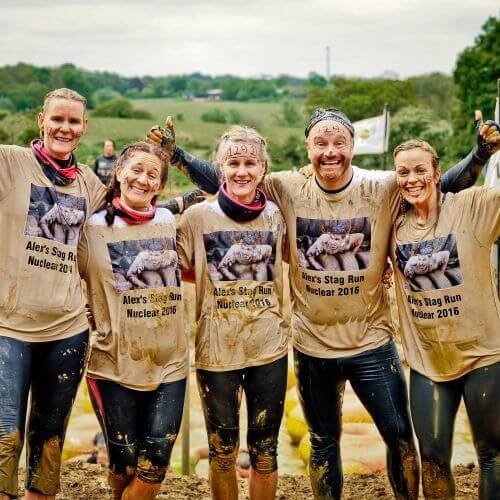 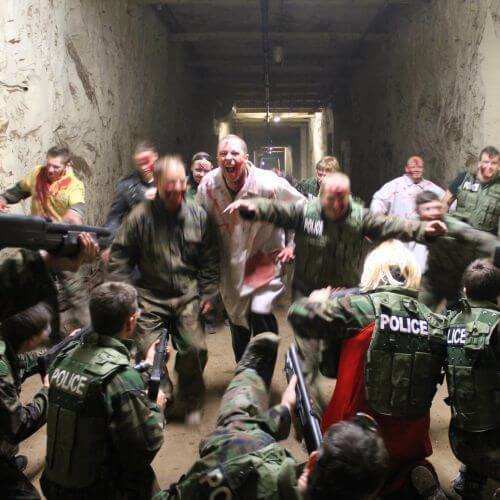 4. So New it’s actually Tomorrow
And laughs in the face of boring, raises the middle finger to commonplace and says an emphatic ‘no thanks’ to traditional. We give you Electric Shock Football, Nuclear Races and Zombie Boot Camp.

5. All Female Stag do
Well except for the stag of course. We were quite intrigued to read that Salmon Rushdie had an all-female stag night before his wedding to Padma Lakshmi, attended by Nigella Lawson, Mariella Frostrup and Danni Minogue. More about the hag do.

Average 4.85 out of 5 Stars From 1579 Reviews
Freedom Ltd Stag Weekend in London
I found the ladies at Freedom very helpful throughout the entire process. It's not easy organising events like these, as the invited participants usually change things very late on! However, none of this bothered Freedom & they obliged without any complaints! The weekend went very well & according to plan, which was much appreciated. Moreover, Zack had a great time - which is what it's all about! So did the rest of us! Would gladly recommend Freedom to others - they are a pleasure to work with!

Freedom Ltd Stag Weekend in Cardiff
Was an absolute beaut of a night. The bar crawl the escape room. Everything was awesome. The stag was very please to. Will defo recommend to friends or family. Thanks again

Freedom Ltd Birthday Weekend in London
Had a fabulous weekend booked Bollywood dancing in London for a birthday party. Was easy to book and the company made it totally stress free and simple. would definitely use again. Would thoroughly recommend. Thanks for everything !

Freedom Ltd Party Weekend in Birmingham
We had a great night out organised by Freedom Ltd. The staff were so helpful, its good to be able to talk to a human being if you have a question. Highly recommended

Freedom Ltd Party Weekend in Leeds
Booked a cocktail making event with Freedom for our company Christmas party and it was great. The table we had with all prepared with our cocktail making tools and we were taught how to make 3. It was very fun and the team were very accommodating to our needs. Thank you very much Freedom!

Freedom Ltd Hen Weekend in Liverpool
We had a fantastic time at our Mersey Games activity last Saturday. Definitely would recommend it and booking it all through Freedom was hassle free.

Freedom Ltd Party Weekend in Berlin
It was my turn, the pressure was on. The boys said so. Lets go they said !!. The internet is a brilliant place but not if you havent a clue about what to do or where to go. And then it jumped off the pages and out at me. FREEDOM. the name said it all. Could it be ? I gave it a try. I was not disappointed. It was like a friend had listened to my thoughts and started laying out my weekend. Nothing was trouble. When Charlee, Lucy and Angela picked up my call or responded to my emails, I was reassured. The admin was made easy and the communication simple. Happy Days. So off we went to Berlin...and that was the start of the story. Rest assured we had a brilliant time. Freedom a call away if we fell off agenda. We did the tour, we drank the drinks, danced on the tables and woke up with that where am I feeling. What goes on tour... you know. !! Thanks Freedom. Five stars.

Freedom Ltd Hen Weekend in Newcastle
Organised my sisters hen party entertainment through Freedom. The team are all super helpful with updating numbers, answering queries and sending the information out promptly. The dance divas class in Newcastle the lady was amazing, so patient and her choreography was suitable for all types of dancers! The Adonis show was also fabulous! Thank you all x highly recommend