Come through these Gladiatorial Games and win your freedom! Roman themed hen games in Liverpool. 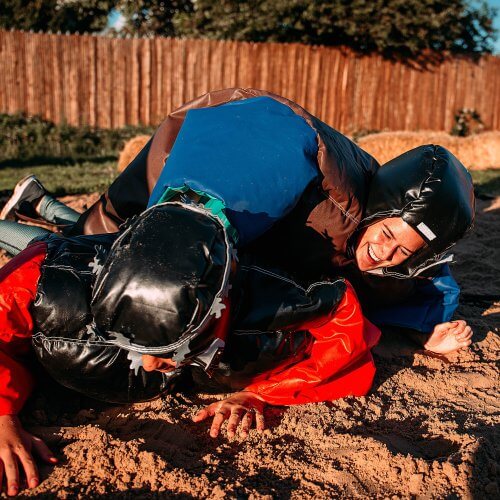 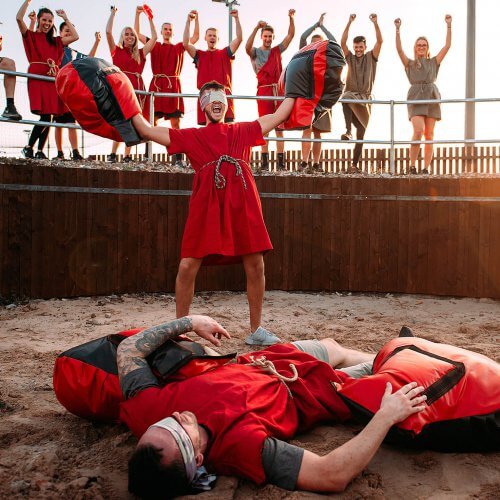 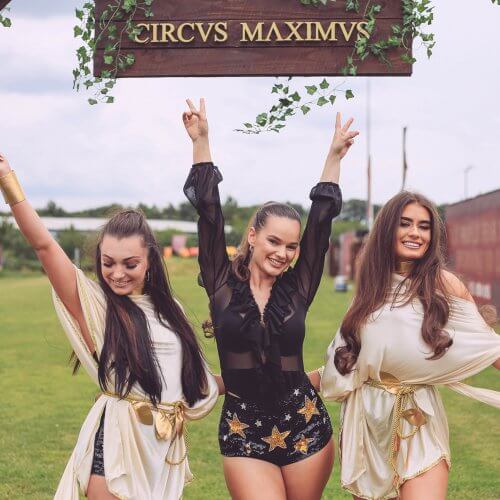 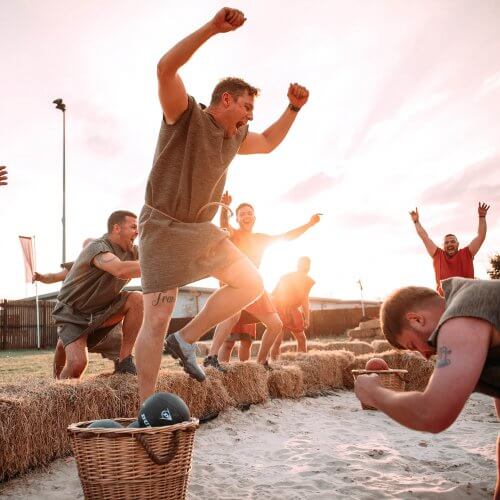 My name is Maximus Decimus Meridius....you know the rest, now prove it! OK so it's Roman times and those all-invading Romans have conquered Liverpool, unfortunately you've been captured and the lions look hungry...

Don the toga...look the part...feel the part, and compete in these Liverpool Gladiator Games. Guided by the costumed staff and ever conscious of the Instagram stations dotted around, you'll try to win each Roman challenge in teams. Games could include:

Joust - 2 of you balanced on a podium trying to knock each other off.

Blindfold Boxing - will wearing giant boxing gloves compensate for not being able to see?

Bash - let your opponent have all you've got by bashing them, literally, with giant grain sacks.

Tug of War - it's all about team work.

The Romans Activity Park is open seasonally from April 11th to October 31st.
Opening times are for the park from 10am to 5pm with the Bar open till 8pm.

Location over looking the river Mersey.