With a 2 night stay in one of our 4 star hotels you get the chance to discover all that the vibrant Nottingham nightlife has to offer the girls for your hen party.

Eat, drink and party... because bottomless is always a good idea, 2 course dinner with unlimited prosecco, beer or mocktails. Then afterwards, we'll arrange guestlist bar entry to a top city centre venue so you can party til late.

This big and bouncy activity pays homage to the smash hit TV shows Total Wipeout and It's a Knockout. It's huge, hilarious and just has to be done!

All aboard the Booze Cruise, 3 hours to 'rock the boat', eating and drinking as the sights of the city slip by. Disembark and head to the top city nightclub we've arranged for you - guestlist entry included. 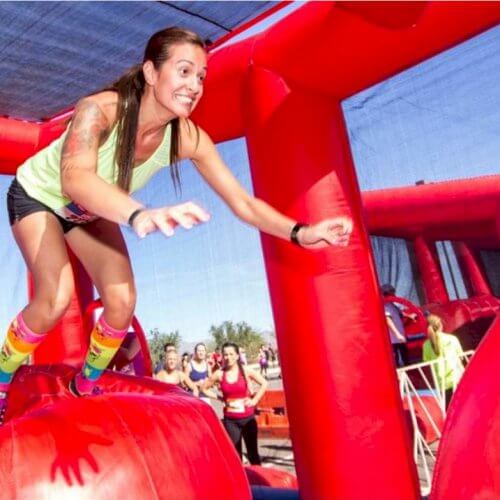 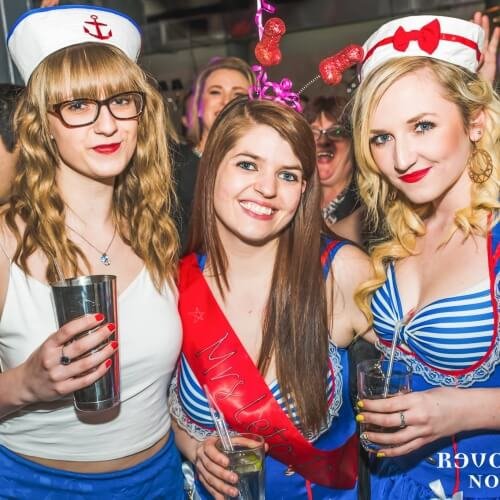 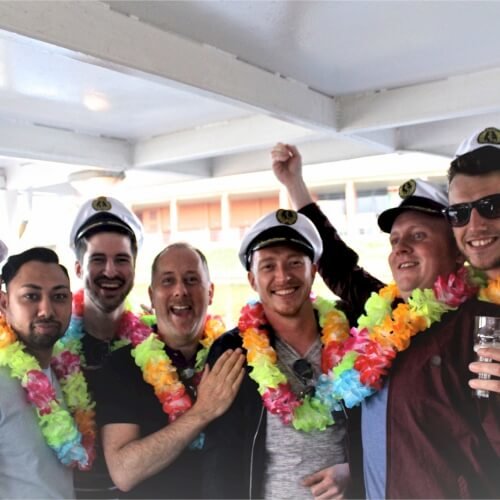 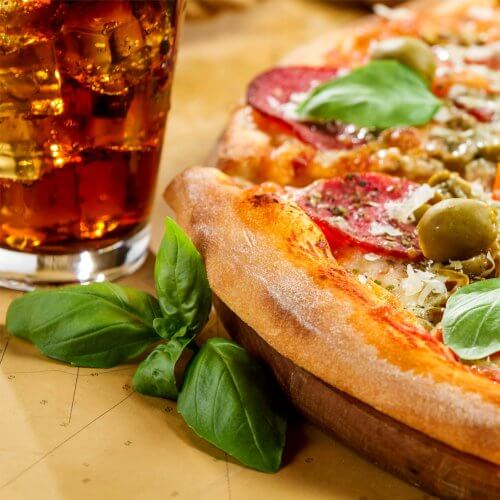 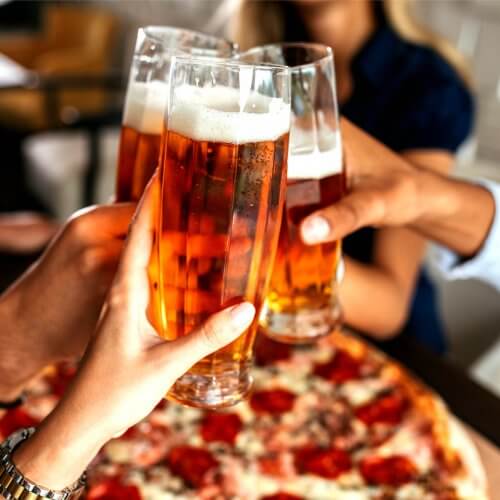 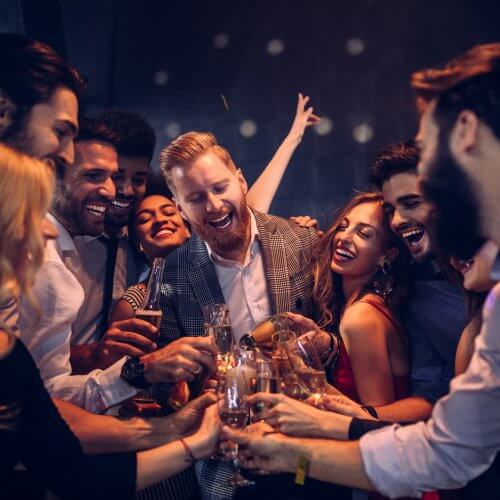 Eat, drink and be merry... because bottomless is always a good idea. Enjoy our Nottingham Bottomless Dinner with 2 courses andunlimited drinks!. A menu that tempts accompanied by unlimited prosecco, mocktails or beer has to be a winner. 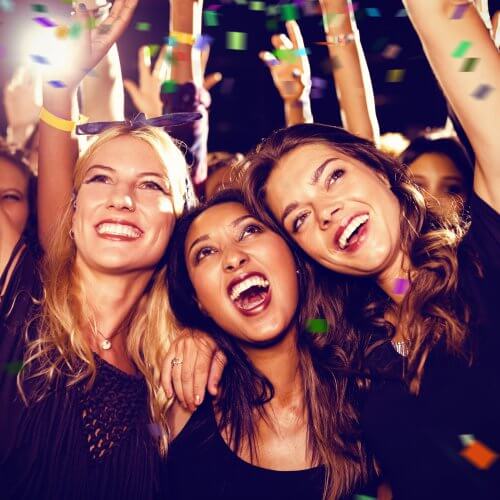 The night is yet young, so it's time to check out the nightlife with Nottingham Guestlist Bar Entry. The fun starts in a trendy bar and club located on the famous party Broad Street in the city centre, hidden away in the centre of the fashionable Lace Market area of Nottingham. With comfortable drinking areas in award winning, designer surroundings. You can stay and party until 2am. 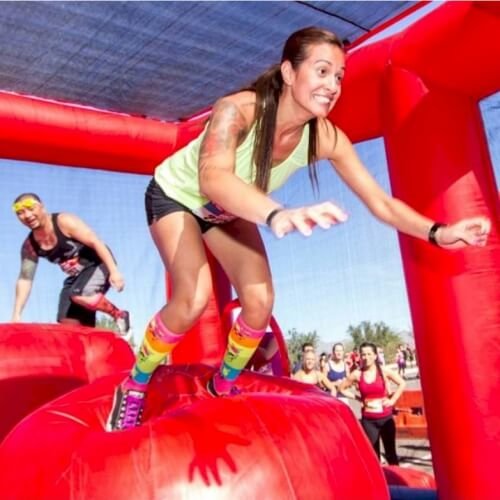 This big and bouncy team event pays homage to smash hit TV shows Total Wipeout and It's a Knockout. Nottingham Totally Wiped Out is huge, hilarious and has to be tried at least once in a lifetime! 6 games to test you: Sweeper Arm - Sweeper Arm is one of the most action packed games in the Total Knockout mash up. To be sure of clearing the beam, you have to jump tactically. Get those legs kicking out to the side like Gene Kelly - and make sure you've got your balance back before the rotating arms come round again! Big Red Balls – You’ll need the skills of a stunt double to conquer the Big Red Balls! Scramble and leap across the inflatable line of giant snooker balls and slide for the finish line. If you bounce off course, you’ll have to clamber back up before you can keep going! Slippery Summit - Because there ain’t no mountain high enough, we have an inflatable substitute! In an attempt to recreate Hannibal’s exploits, you’ll be required to get as many of your team over the slippery summit as physically possible in the time allocated. Bangers & Crash - Teams must mount the giant inflatable sausage links, make their way through the slalom and be the first to make it out of the frying pan! A full team game that requires coordination and timing, it's not as easy as it seems! With plenty of hilarity and a good dose of team spirit, teams must try to make sausage meat out of the opposition. Fi Fi Fo Fall - In this frantic event, 1 participant will climb inside a 10ft Giant costume complete with giant shoes and quite simply run across the crazy conveyor belts operated by the opposing teams. The giant's progress is hampered by the fact that the conveyor belt is moving backwards and forwards making it difficult to stay on their feet! The first giant back fully dressed after completing the conveyor belts takes the full amount of points. Penguin Pursuit - It is your penguin mission to deliver as many eggs back to their waiting parents as possible in the time allowed. Of course it is not as simple as it sounds, the eggs need to be kept off the cold snowy floor to prevent them from freezing. This means it must be done in true penguin style, with no hands allowed, by transporting them between your legs to keep them warm before passing to the next waiting helper! 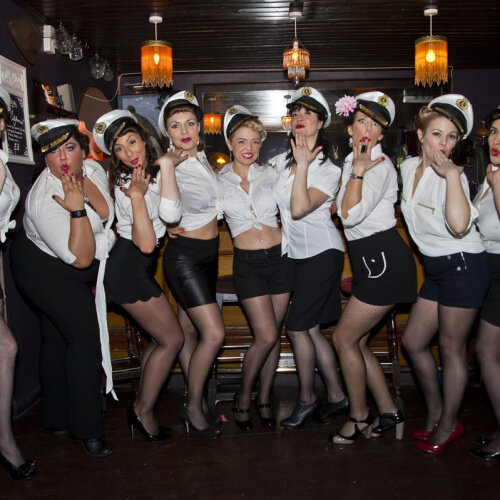 Boarding from 7:30pm, set sail at 8:00pm for a three hour Nottingham booze cruise with a disco through the decades. The food package includes: Winter months Princess Combo Hand carved gammon, BBQ smothered chicken breast, Sausage, Spicy potato wedges, peas and Fresh green salad. Summer months Original BBQ of Chicken Breast, Grilled Pork Loin Steak and Pork Sausage, Potato Salad, Coleslaw, Fresh Green Salad and Bread and Butter. Vegetarian meals available, these have to be pre -ordered latest one week prior to the cruise date. Return at 11:00pm where transport to a nightclub with VIP entrance is provided. A non refundable deposit of £5 per person is required to secure your places in addition to your initial booking deposit, this is taken off your final balance as is not additional. We've gone all out and have sourced superb 4 star hotels in Nottingham that cater for groups that want more than just a place to put their head down at the end of the night.

An on site bar and restaurant means you need not go thirsty or hungry and can enjoy a few cheeky drinks before your big night out. With the city's best nightlife and restaurants a short walk away, you can be out of the club and into your bed in no time. Plus no taxi fares back to your hotel.

Room configurations are tailored to your group size.

Freedom Ltd Hen Weekend in Brighton
Positive: Professionalism, Quality, Responsiveness, Value Just had to write and say what an amazing weekend we all had .Everybody really enjoyed it from the 23 year old to the 67 year old. Would definitely recommend your company two years in the waiting because of covid but everybody I have been in touch with at Freedom have been so helpful all the way through. Thank you all so much.