Play the Joker card in this game, fun of yester year chasing giant penguins with inflatable washing machines suds and water, it's all you need to have you rolling around in fits of giggles. Hopefully it's out for a celebratory meal as the winning team and dancing till dawn. Two nights luxury accommodation and breakfast included for a party weekend to remember for years to come. 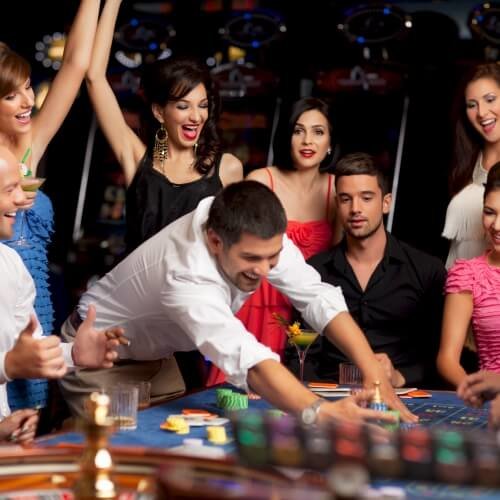 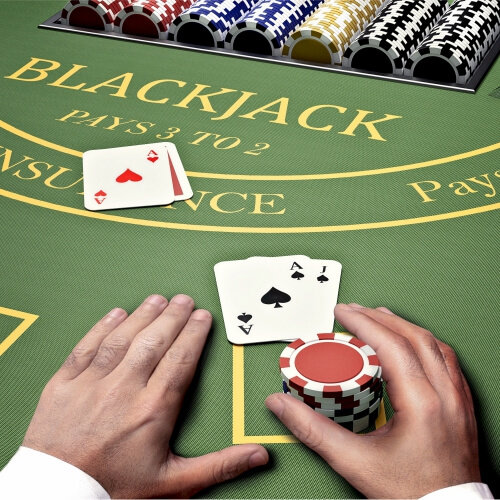 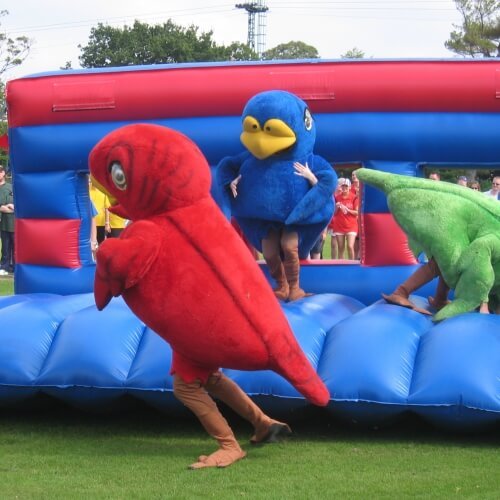 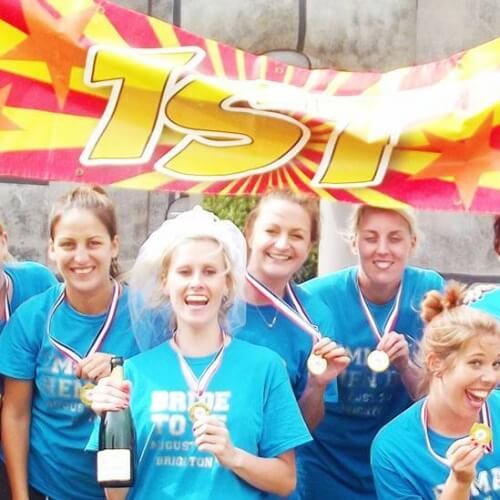 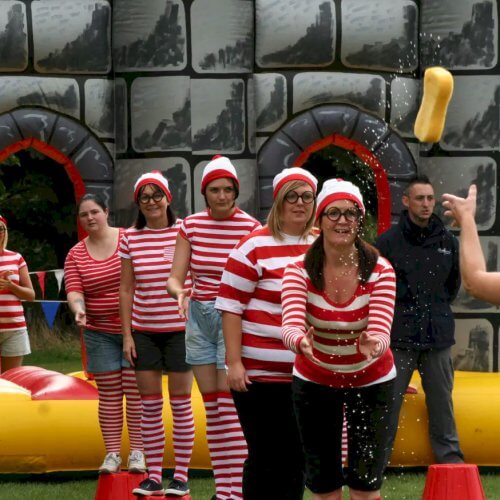 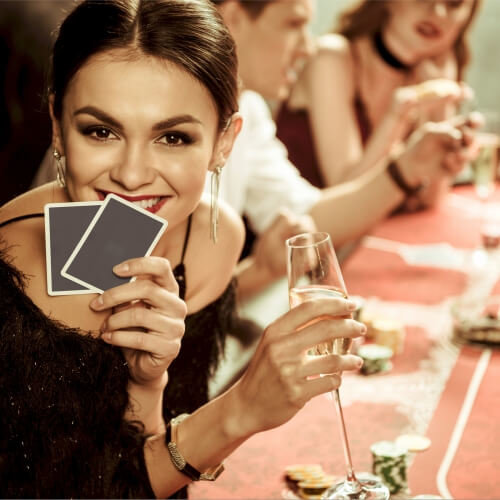 Receive guest list entry at our Manchester Salford Casino for a night of thrills and spills. Start with a drink at the bar and then your host will show you the tables, with tuition if required, and a special £10 roulette lucky number bet voucher. Black or red on the Roulette table? Twist or stick at Black Jack? Is Lady Luck by your side? Don't get distracted by the gorgeous croupiers, the chips are down and you need to concentrate to win! Poker room, Slot area and new Black Jack and Roulette tables. We have the fabulous 'The Dining Room' restaurant, menu change and a contemporary bar.

Based on the popular 1970's TV show of the same name this crazy activity is sure to make your special event one to remember! Manchester It's a Knockout games include: Slippery Summit Because there "ain't no mountain high enough" we have an inflatable substitute! In an attempt to recreate Hannibal's exploits, you'll be required to get your anchorman to the top and then get the whole team over the foam-covered mountain to the other side. Penguin Pursuit On the whistle, the penguins run anticlockwise round a course. All each penguin has to do is catch the penguin in front. When they do they must remove the fish from its back. The last two penguins standing fight to the finish! Majestic Manoeuvres Three giant kings line up on the start line. They then race through a fixed obstacle, which only has the space to allow one King through to the throne. The Kings are 10ft high, with only the competitor's feet showing from the bottom of the king. Kangaroo Ski On the whistle; the Kangaroo skis down the course to the Castle, goes around the water butt and races back to the start. The team captain to release the team mates imprisoned behind the castle door. Each team player collects soaked sponges from the water butt and races to the start line to squeeze out their sponges into their containers. This is repeated as many times as possible in limited time. Fe! Fi! Fo! Fall! In this frantic event, participants climb inside Giant costumes complete with three-foot long shoes and quite simply run across the magic carpets. The magic carpets are pulled backwards and forwards by the opposing teams to drop the Giants to their knees. Barmy Bingo Team members dress as giant pensioners and race down the course to a small swimming pool full of extra large 'BINGO' balls to try and find the correct numbers to fill out their team's bingo card and shout HOUSE!!!!!! Minimum number is 8 people, groups over 12 people will be split into multiple teams. You will be competing against other teams, as the event take place with at least 6 teams. 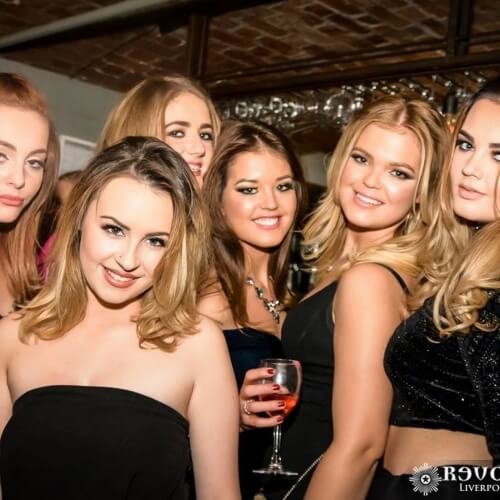 We use venues that are synonymous with great food and drink, exceptional service and stylish surroundings. It's Manchester Party Night Premium style as you enjoy a 3 course meal, a drink and then stay and party until closing time at 1am. It's a one-stop party venue. Drinks include Corona, 175ml house wine, juice. A cool and contemporary style bar and restaurant in the heart of the city, with a DJ playing a mixture of live soulful disco tunes to create the perfect atmosphere. 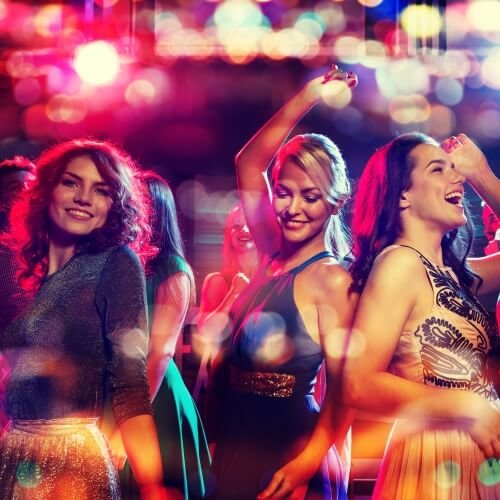 Because the night is young and you need to continue the party... Nightclub in Manchester. Enjoy guest list entry in this city centre venue, with a dance floor, stage and two bars. Latest entrance is 10pm. Your entry is straight into the club room. 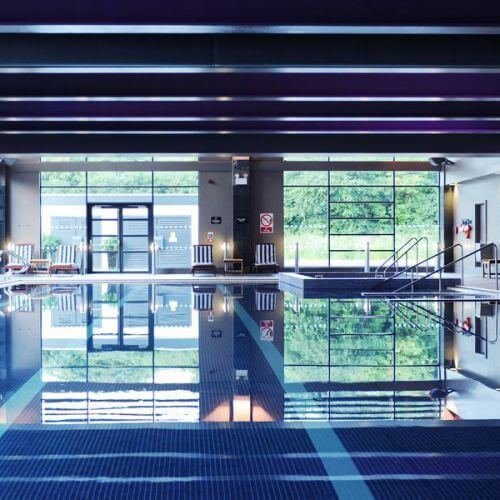 You're looking for luxury and that's what you'll get with our Manchester Luxury Hotel option.

Usually one of the Village hotels that surround Manchester City Centre.

The hotels come with free parking and great facilities including bars, restaurants, health clubs, gyms, and so much more.

Average 4.86 out of 5 Stars From 1037 Reviews
Freedom Ltd Hen in Benidorm
We have just booked our hen do in Benidorm that Mark Conway sorted for us. Website really easy to use, answered all emails and queries really quickly and on hand for a call if needs be! Made the whole process of sorting out a hen do for 21 people so much easier and took the stress off me with regards to chasing payments! Would definitely recommend! Can’t wait for our hen do in April!! Thanks again mark and team :)!


Freedom Ltd Hen in Manchester
Used this company to book my friends hen weekend in Manchester, everything was perfect. We had a 2 night stay in the hotel with breakfast included, a nightclub on the Friday night, cocktail making on the Saturday and an escape room on the Sunday, the hotel was in the city centre right beside the nightclubs and everything was within walking distance! The whole weekend was great and very well priced!


Freedom Ltd Hen in Manchester
Brilliant Well. I am a 60 year old mother of the bride . Never even been to a hen do , was panic struck when it fell to me to organise my daughters 2nd hen do. So I Clicked on freedom, they were amazing they sorted everything, they gave me a list events which I chose from and left them to it. Myself and the girls had a brilliant time. They Didn’t disappoint. Highly recommend this company .


Freedom Ltd Hen in Liverpool
Excellent support and customer service from the Freedom team who have been very accommodating throughout the reorganisation of plans during the last year. We had a really fun weekend in Liverpool and the highlight was definitely the lip sync battle.


Freedom Ltd Hen in London
Dreamboys hen weekend Julie johnson and tasha We just returned from the most fabulous hen party London weekend Dreamboys, Power Boat Thriller and nude life drawing class the whole weekend was amazingly fun well organised and great value for the money all the event suppliers were polite well organised and made it such a great experience for us we would highly recommend freedomltd.com big shout out to Angela and her team nothing was to much trouble no matter how many times we emailed or called hotel was fabulous too with great food especially the breakfast


Freedom Ltd Hen in London
Julie johnson and tasha We just returned from the most fabulous hen party London weekend Dreamboys, Power Boat Thriller and nude life drawing class the whole weekend was amazingly fun well organised and great value for the money all the event suppliers were polite well organised and made it such a great experience for us we would highly recommend freedomltd.com big shout out to Angela and her team nothing was to much trouble no matter how many times we emailed or called hotel was fabulous too with great food especially the breakfast


Freedom Ltd Hen in London
We just returned from the most fabulous hen party London weekend Dreamboys, Power Boat Thriller and nude life drawing class the whole weekend was amazingly fun well organised and great value for the money all the event suppliers were polite well organised and made it such a great experience for us we would highly recommend freedomltd.com big shout out to Angela and her team nothing was to much trouble no matter how many times we emailed or called hotel was fabulous too with great food especially the breakfast

Freedom Ltd Hen in Brighton
Positive: Professionalism, Quality, Responsiveness, Value Just had to write and say what an amazing weekend we all had .Everybody really enjoyed it from the 23 year old to the 67 year old. Would definitely recommend your company two years in the waiting because of covid but everybody I have been in touch with at Freedom have been so helpful all the way through. Thank you all so much.

Freedom Ltd Hen in London
we booked dream boys through freedom for the first time. It was so easy and I got a call and email with easy explanation on the steps to complete the reservation with discount. Had few queries related to the show and all were answered quickly and clearly. Would definitely recommend using this website and will be booking again soon with them.

Freedom Ltd Hen in Portsmouth
I booked a ABBA dance class with freedom for my friends hen do and it was so straight forward and well organised. From booking to paying--everyone can pay direct to freedom which is fab. I received a phone call on the morning so that I could contact them if I needed. The dance class was fab... Not my usual thing but I loved it and so did everyone else. Would definitely recommend. X